Look Who's Arrived 3 - The Who Sell Out 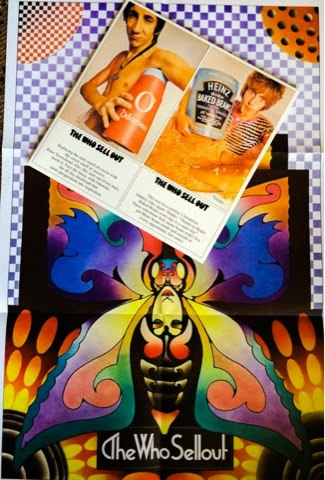 Look Who’s Arrived 3 – The Who Sell Out

At the Time this LP was viewed as a homage to Pirate Radio that had carried pop on its illegal waves throughout the sixties and had an estimated daily listenership of 10 to 15 million. By 67 though the BBC brought in Radio 1, whilst the Government closed the international waters loophole, the golden days of the pirates were over.

Today this LP sounds like a warning of doom – cooperate sponsors of music, concerts & festivals, unthinkable & unhip in the sixties & seventies are a post millennium reality – hohum…

This is the one Who LP that has two distinct mixes (three if you count the first batch of CD remasters, but that’s another story for another day) the Mono & the Stereo. I was expecting this to be the stereo mix, however looking at the label when I took the record out of the inner sleeve I was surprised to be confronted by this. 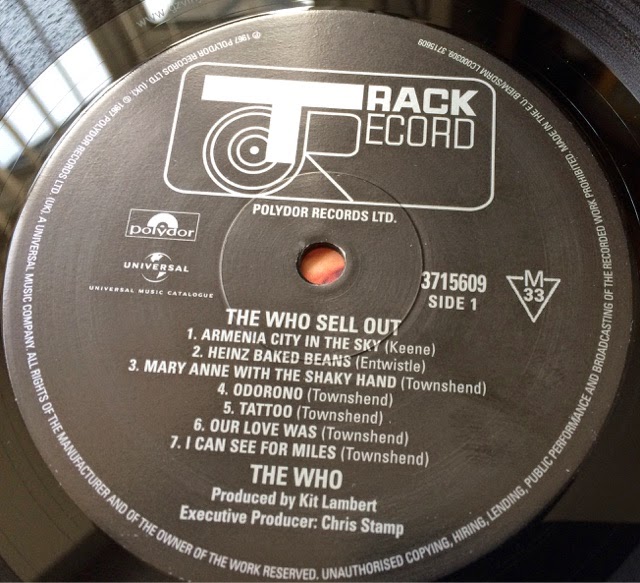 The M on the right hand side stands for Mono, however, getting the LP on the turntable it was clearly the stereo mix. 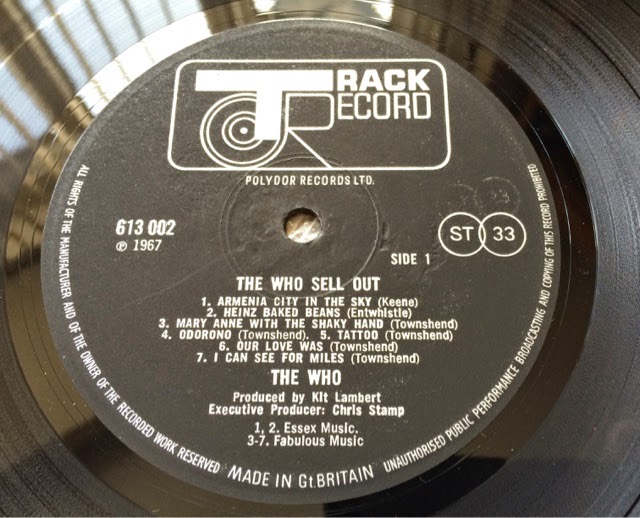 Quite why the label didn’t look like this original stereo label I’m not sure.  Schoolboy error whoever was in charge of design sit at the front with the dunce hat on, think yourself lucky you included the original poster or you’d be visiting the headmaster for six of the best.

I’ve always preferred the sound of the double pack / seventies re-issue of this album (the other album is A Quick One) which I always thought sounded less “boxey” than the original 67 stereo first press. Getting the new 2015 re-issue on the turntable I’m pleased to hear more bottom end and clearer, less distorted highs than either of the aforementioned versions. Pressed at GZ on super-quiet vinyl, this is another superb re-issue.

An essential Who purchase that unfortunately doesn’t come with its sister mono mix on a second LP, the silly slip up on the label is made up for by the  “Track Records” 78 style vocal riff rightfully returned to the runout groove.

Email ThisBlogThis!Share to TwitterShare to FacebookShare to Pinterest
Labels: The Who vinyl reissue remaster