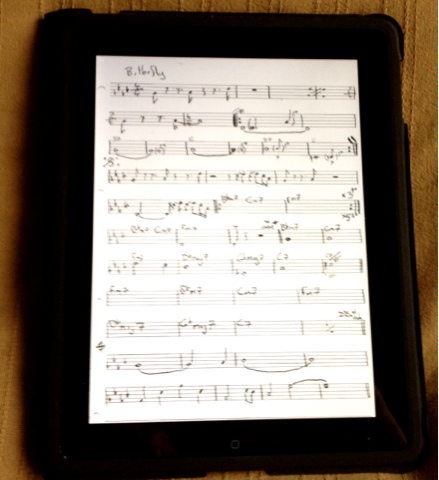 
"Anyone can learn what Louis Armstrong knows about music in a few weeks. Nobody could learn to play like him in a thousand years."
— Benny Green


Let's get one thing straight, music theory is important. If you can understand when some one tells you it's a "one six four five", what they mean, then your going to have a lot more fun than scrabbling around the fretboard for the first 16 bars.

However, there is an important lesson, that needs no music theory or faintest knowledge of an instrument, that I learnt the hard way.

I grew up around instruments, guitar, piano, drums etc were around our house like furniture, I just thought everyone grew up like this until I noticed my friends houses just had sofa's & chairs. Then I hit those strange teenage years and became, to not put too finer point on it, a narrow minded arsehole. At 16 all I would listen to was The Jam and all I wanted to do was play guitar just like Paul Weller. And no matter how hard I tried, practised and sweated, I could never get it, there was always something getting in the way. After playing in bands for a few years, I grew tired of this and one night I gave up.
Sod it, I thought, I'm going to just stop playing guitar altogether. I conveniently did this about an hour before I was due to play at a huge gig, along with a handful of other bands on the bill. I just got up and played how I wanted to play, I had nothing to lose as this was the end of it all anyway. As I came off stage, two members of another band came up to me and complimented my guitar work. I was shocked, I never had another musician say anything about my guitar playing before. Even stranger was the feeling that I actually enjoyed playing that night, more than I'd ever done before. I decided to carry on and in my own way.
It wasn't until many years later I began to understand what had happened. That I'd been fighting against myself, suppressing my own musical voice had stifled me. I needed to let go and be Paul Moss, no one else.

Now we all have our influences, and it's a natural part of being a musician. "I really like that lick, I'm going to use it" is something that is common to "Oasis doing Weller doing Lennon doing Elvis", but making it your own, that's the creative part.

This video is called "The Lick" and on the face of it is just a collection of musicians playing the same lick. However, everyone has their own take and subtle variation on it. The more I watch this video the more I understand about music and life.

Email ThisBlogThis!Share to TwitterShare to FacebookShare to Pinterest
Labels: Bass guitar the lick

Here's what I did this summer...

The Italian Job Too
Posted by Unknown at 16:01 No comments:

Joni Mitchell sang "You don't know what you've got until its gone" on the song Big Yellow Taxi, released on 7 inch vinyl in 1970. Within two years, I'd be putting on my own singles and albums, on a rather large (for a five year old) cabinet record and radiogram player, beginning my relationship with records.
Along with a handful of children's records, I was given my parents singles from the sixties. I spent the mid 70's playing hits by The Beatles, The Kinks, The Hollies and many more. By the late 70's, it was time to buy my own records, Come Back My Love by Darts was the first single I ever bought, Absolutely by Madness my first album.
Buying albums became especially gratifying, reading and consuming the artwork and linear notes on the bus going home was an important part of the ritual. Labels on the disc also captured my attention. From the infamous 45 logo, to the swirling Atlantic logo as it went round on the turntable, all added to the experience of listening to music.
At some point in the early 80's, I saw a tv program that was extolling the virtues of a new musical format. Apparently they were made of metal, indestructible and to prove it, they put marmalade on it; of course, it's breakfast tv, and it still played. Like many others, I was slowly converted to the dark side, I bought a CD player as my beloved records grew dusty in the dungeons of my mind.

Last year, on the release of the Groovy Uncle LP, "Play Something We Know", Glenn was telling me just how great the album sounded on vinyl over the download version, I suddenly realised just how much I missed playing records. It's a very different experience to listening to music, CD's and downloads are something I have on while I'm doing something else, but records demand my full attention.
With the imminent release of the Galileo 7's 2nd album "Staring At The Sound" I've taken the plunge and now have a new turntable. To me it sounds better on vinyl, more real, more like a record.


The Galileo 7 album "Staring At The Sound" is released on 10th September and is available from http://thegalileo7.fourfour.com/home
Buy the vinyl, your ears will love you for it. 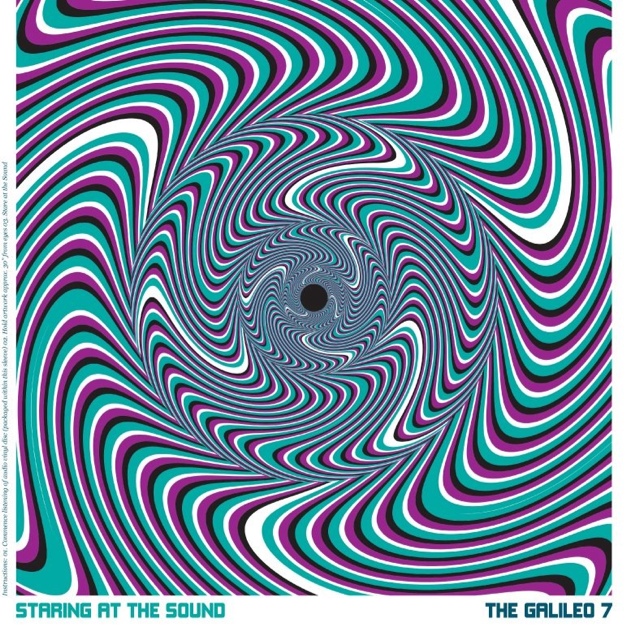 Tucking In The Blog

The Galilleo 7 album has been recorded and is waiting to be mixed. I'm stepping down from my bass duties with the G7, which while is something I'm sad about, will mean a lot more live gigs and appearences for the band, which is fantastic news. Keep an eye on the Galilleo 7 Website and Facbook.

For a brief moment in 2011 it looked like The Lovedays would return this year. At a gig at The Eagle, The Lovedays came back and everyone seemed keen to get back to re-kindle the magic which was clearly still there. It would seem the passion to continue has dulled with the 2012 New Year Bells though, however, do not despair. Ben continues onwards and upwards with a new line up of The Rifle Volunteers.
Check out their website & facebook etc. HERE for news about gigs and goodies.