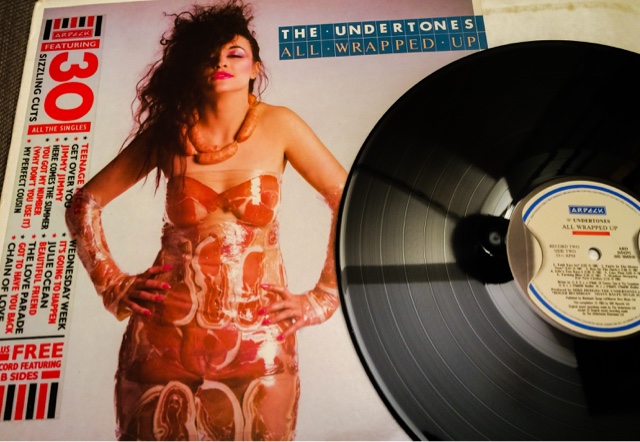 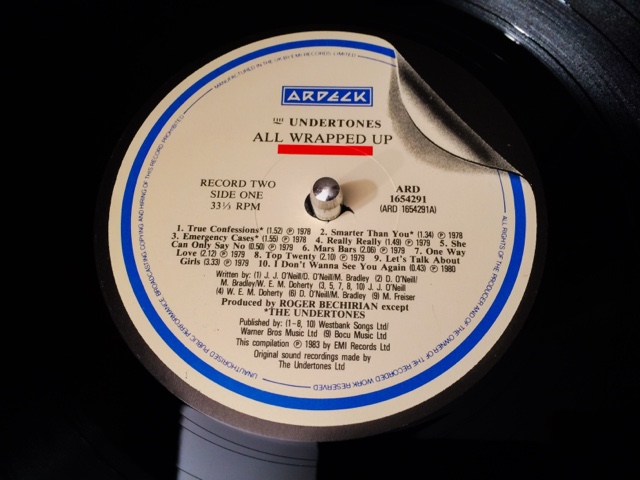 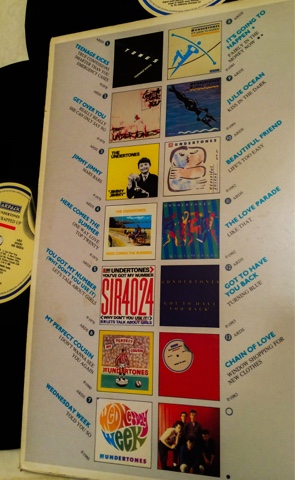 Back in 1989, the hottest band in Maidstone was Dr. Zaius, fronted by Michael Wallis. Not only a great live band but with song cracking pop songs to boot, this demo cassette has managed to survive the ravages of many a car cassette player. 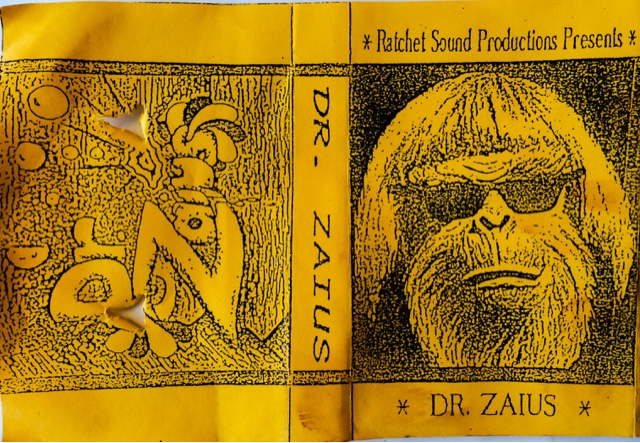 This D46 TDK tape (23 minutes each side, it was the go-to tape for many a band’s self-made release) in my view contains the strongest batch of demos I’ve ever heard from a songwriter and of course, Dr Zaius were the only band with “Ratchet Sound” ©. 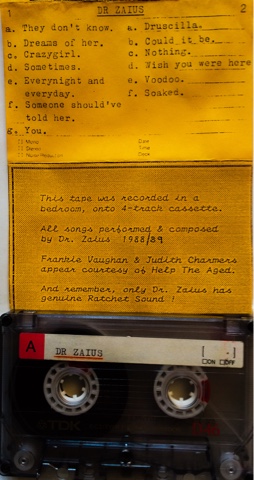 So like many people, I was gutted to hear that the band had split sometime in early 1990. Michael formed a band called “The Apples” with Sam & Ben Kesteven, Steve Marshall & Ian Groves. I never saw The Apples, but was told at the time by many who did that they’d all gone “indie-dance”. This was off the back of the whole “Baggy” scene that was happening at the time, The Stone Roses, Happy Mondays, Inspiral Carpets etc. it’s seemed like everyone was playing songs with “that beat” (think The Stone Roses “Fools Gold”) at various tempos. At the time I auditioned a drummer who refused to play anything but this rhythm over everything and kept telling us “this is the future”. I never saw him again…

Using the aforementioned Dr Zaius demos, The Apples got signed to WEA’s Korova label, shortly after which Ian left and the band was renamed as Jefferson Airhead in the hope that they would get sued by Jefferson Airplane and enjoy the inevitable publicity that would ensue. I’d had a similar hair brained scheme several years before. Due to that fact that on the outskirts of Medway we’d taken to driving around hunting for ghosts in a village called Hoo, that in itself it gave me the indisputable right to name my new band “The Hoo”. Fortunately, my friends and bandmates wisely counselled me out of such an idea. 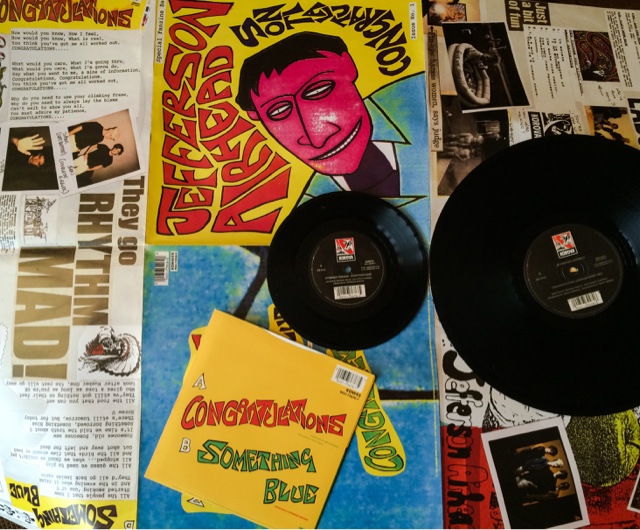 February 91 saw the release of Jefferson Airhead’s first single “Congratulations” which seemed to confirm the “indie-dance” rumours of last year. The general local feeling at the time was of disappointment, we knew this group were capable of so much more than this band-wagoning. As with all “pop movements” there are always casualties, both Blur & Ocean Colour Scene would end up with albums around this time that they would subsequently distance themselves from. 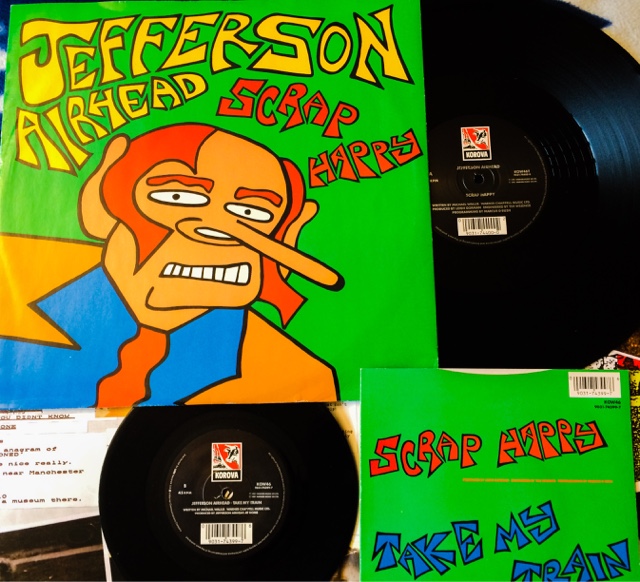 However, the next single would answer everyone’s reservations; released in May “Scrap Happy” was an excellent song that walked that tricky line of sounding current but giving the band their own style, with some Ratchet Sound thrown in.

The official story is that Jefferson Airplane’s record label (at that time it would have been Epic, owned by Sony) requested that Airhead loose the Jefferson. The word on the street at the time was that Jefferson Airplane didn’t care so the name was dropped as the publicity stunt failed, but those were pub facts! Either way the newly monikered “Airhead” released the single “Funny How” with a deluge of Radio 1 airplay and appearances on Children’s TV shows. Despite being one of the cleverest songs of the year with a great lyric (albeit with a line change as the record company weren’t happy with “Funny how the ugly ones do”) and the accompanying video, the song stalled outside the Top 50.

The album Boing was first released in 91, alongside the singles it featured 7 other tracks that cemented the belief that this was a band to watch. Darker tracks like “I Might Fall”, Easy” & “Isn’t It Rich” showed a breadth of melodic song writing that was thin on the ground in 91. There was even a new version of the old Dr Zaius track “Wish You Were Here” for good measure. 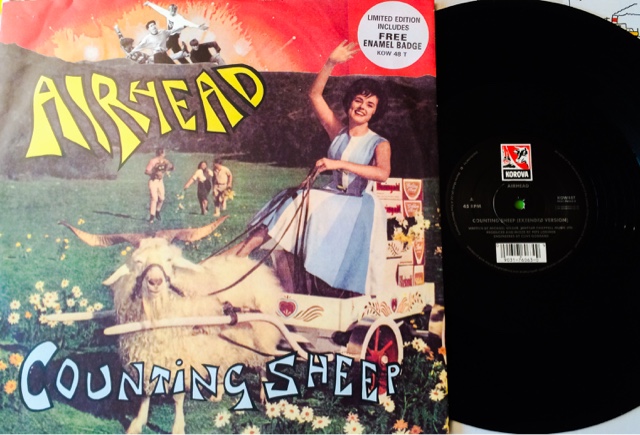 Finishing the year off was a new single “Counting  Sheep”, with more radio & TV appearances this song reached 35 in the singles chart. With their biggest hit so far, Boing was re-issued in early 92 with Counting Sheep added to the start of side two, selling more than the previous version (it reached 29 in the album charts) this is the more common version of this LP which can be picked up in near mint condition for a fiver. 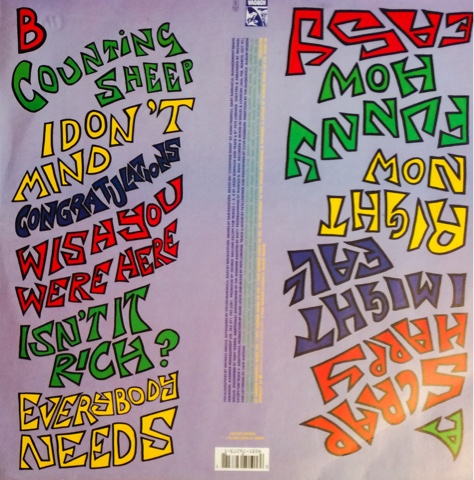 The last single “Right Now” made number 50 and would be the last time that Airhead would trouble the charts. The following year Michael & Sam with another bass player recorded and released a 10” single called “That’s Enough”.

There were several stories floating around at the time, one was they were dropped by Korova, another was that Korovaonly wanted Michael as a songwriter, the other was Michael wanted out of Korova. I’m sure there were many more computations of these rumours, the Maidstone Jungle drums were always very good at getting their beats crossed. The sad news being the band unknowingly poised right before a Brit-Pop movement that it would have risen above and survived from, split up and made way for less musically equipped acts.

The good news is that the brilliant pop LP “Boing” is still out there to buy second-hand at Discogs (listed as Airhead 3), it’s also on iTunes and so I’m told, Spotify. 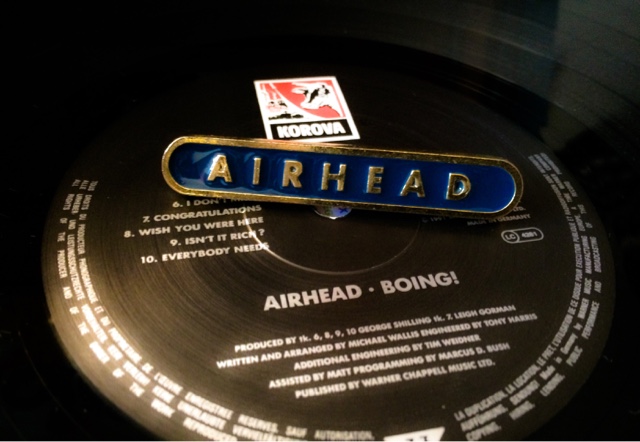 Apparently the song “Funny How” was also used for Match Of The Day.