The beginners guide to record collecting. 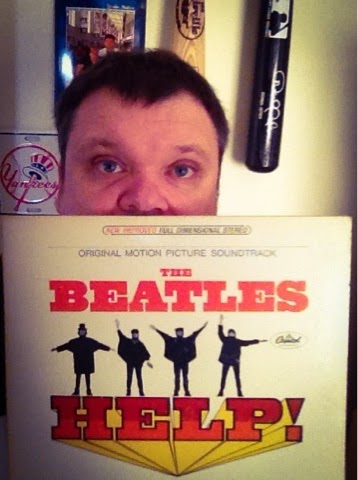 I’ve never considered myself a record collector, maybe like someone who drinks too much but won’t admit they are an alcoholic there is some denial in there. Let’s take a quick stroll through the collecting options and see if I can do some self-diagnoses. 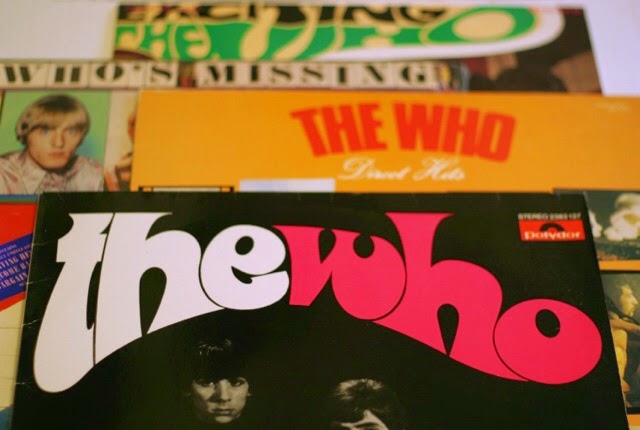 1- Band/Artiste Collectors – This is where the majority of collections start, and certainly I do possess quite a few records by The Who. After I bought all the regular releases of albums and singles, there were solo albums that all four members made, related projects such as Tommy the orchestrated version, Tommy The Movie, Tommy the Broadway show… you get the idea. Then there is the” before they were famous” section, in this case “The High Numbers” single “Zoot Suit” (The Who went through a short period in 1964 where they were known by this name to attract the Mods). Around 1984 I saw this for sale in a Gillingham record shop for £50, not an insignificant amount for me at that time (two weeks wages in fact) but I went away to think about it, returned to buy it the following morning and it had gone. It now sells upwards of a thousand pounds. Be warned, those early fledgling near misses can be very expensive, as anyone trying to pick up early David Bowie albums can attest to. Then I discovered imports, records pressed all over the world, each with their own possible variation in track listing, mixes, covers and of course, price. There are also test pressings and promos that accompany many of these releases throughout the world. At this point, somewhat overwhelmed and not really excited about the prospect of re-buying songs Id already purchased, I stuck to collecting “tracks”. If a new compilation came out with unreleased material on it such as “Who’s Missing” I’d have that. Greatest Hits from Norway? Meh.

2- Genre – This tends to lead on from Band/Artiste. If you like this rock band, you’ll love this rock band right? Be careful when thumbing through the heavy rock session, I own a Motorhead album but no Nickleback.

3- Label- This is where we really get deep down the rabbit hole. Record Labels used to really MEAN something; it was a very clear identity to the music, that band and the fan. Record Collector magazine published a great article by Tim Greenhall last July about “Track Records”. Tim started his collection due to his big brother being a Who fan (Track were The Who’s record label from 67 to 74), then discovering Hendrix (also signed to Track Records) when he was a teenager. 25 years on, whilst he has all Track LP’s and he still only has over half the singles track released. If you get into some of the bigger labels you have a mammoth task on your hands. Conversely, some of the smaller labels with smaller runs of titles can be very heavy on the pocket.

4- Unusual Pressings – Picture discs, coloured vinyl, shaped discs, double grooved, inside out grooved, glow in the dark, holographic, laser etched…. Guilty as charged and there is plenty more out there.

5- Anything else you can think of- Oh yes, people collect records because of sleeve artist (e.g. Alex Steinweiss) disc cutting engineer (e.g. Harry Moss) & Polish Sound Postcards ( e.g. http://areyoudevoted.squarespace.com/exhibitions/2010/1/28/unsound-festival-presents-sound-postcards.html  ) Not forgetting of course, Rutherford Chang who collects copies of The Beatles “White Album”, he has over 1100. I collect records that are connected to the film Ghostbusters, albums on coloured vinyl, singles with pop-up sleeves & 12” singles that smell like marshmallow. I’m really not coming out of this in a good light. Oh and another thing, there are those bootleg albums out there too. 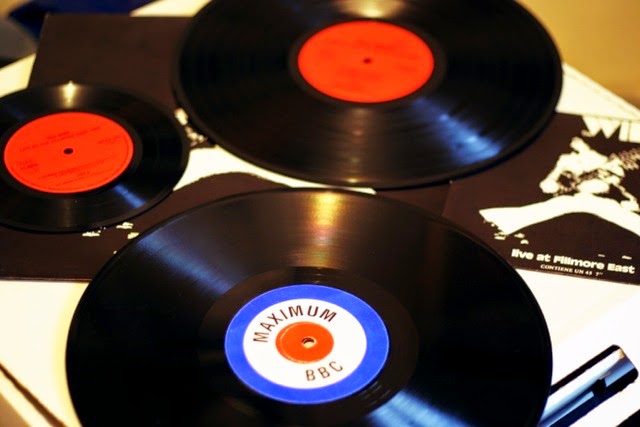 My name is Paul and I’m a record collector.
I recently managed to get hold of a first run pressing of Les Grys-Grys single “Hot Gully Wind” to go with the 2nd run Red vinyl & 3rd run Blue. That means my State records collection is complete then? Well there are the promos, test pressings, cdr... Not forgetting the upcoming singles from The Galileo 7 & Thee Jezebels. 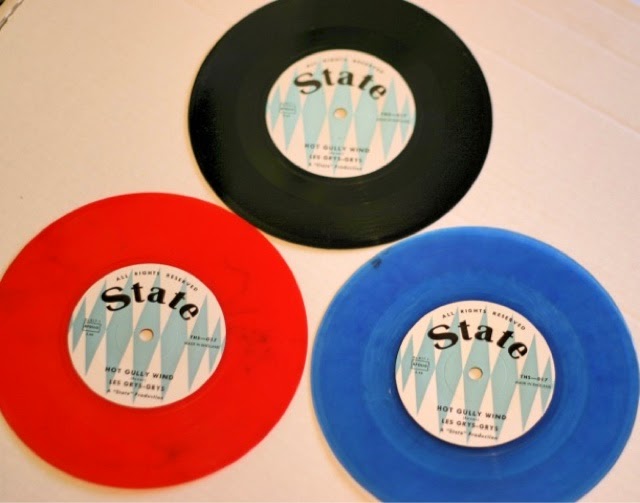 Collecting is a groove, not a rest for the tone arm.
Posted by Unknown at 12:09

Email ThisBlogThis!Share to TwitterShare to FacebookShare to Pinterest
Labels: Record collecting vinyl the who