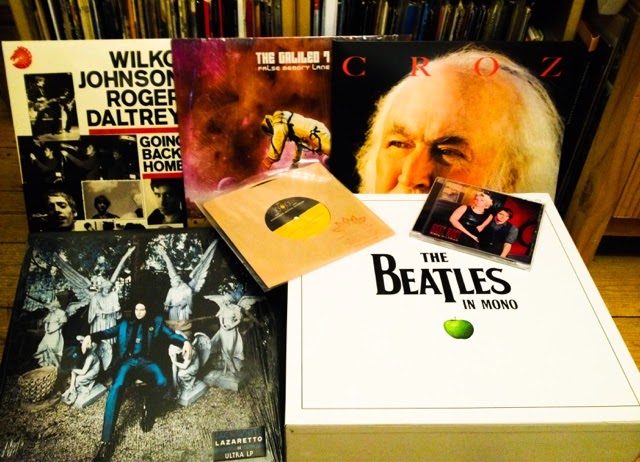 Musical taste is a personal thing, one person’s Bach is another one’s Bieber, so I shy away from saying “best of” 2014. So here are my favourites from last year.

Even without all the vinyl gizmos this would be one of my favourite lp’s of the year. Crammed full of good tunes, recorded with Jack’s usual zeal, this is one of the most entertaining albums I’ve bought in a long time, on and off the platter. My only complaint would be the dual track Just One Drink, on the electric version it doesn’t quite sync back to the single groove quite right (I’m not alone in this), although I prefer the acoustic intro anyway, maybe a better option would have been both versions to be a complete concentric groove that merged after the track finished. That minor niggle aside, this is my favourite new release this year.

The 1964 bootleg of the Who at The Railway Club, has Roger trying to sound like a 70 year old blues singer, something he dropped after the My Generation Lp (I’m A Man & Please Please Please being two examples) as he found his own voice. Fast forward to 2014 and Roger sounds like the real deal. Some might say his Who singing days are numbered, but this record has his finest vocal performance in 20 years. Alongside the fabulous Wilco, who wasn’t sure that he would live to see this released, playing as fresh & natural as ever.

Before you cry foul! I should say I’m not performing on this album (I do make a small ghostly voice appearance on the bonus cd though). Mole takes over bass duties for the third album from the G7 stable and a mighty fine job he does too. Great songs from Allan Crockford, his finest vocal performance to date, along with Viv Bonsels taking a lead vocal on Don’t Know What I’m Waiting For.

A beautifully written, performed and recorded album from David. Recorded in high res digital 24/192, this album sounds stunning and has spent more time on my turntable than any other lp this year.

Beat Root – Waiting For A Miracle

A band born out of a USA trip in early 2014, Andrea & Ben didn’t waste any time getting back to Austin Texas to record this amazing album.

2013’s Prime Movers re-union quickly led to more live appearances under a new moniker. Re-leased on State Records, this single sold out before it had been released. A re-pressing on clear vinyl is still available (just). Energy levels are set at 11 and Graham’s vocal sounds better than ever. If you like this then you’ll love the LP, Good Things on the Own Up label.

A real no brainer this one. At some point I will do a separate blog entry for this monumental re-issue. For now though, in short, the finest box set ever. Taken from the original analogue tapes, this is The Beatles as they were meant to be heard. The entire LP’s up to & including the White Album, we can only hope that Abbey Road & Let It Be get the same analogue treatment someday.

Coolest Package Of The Year

Pressing your own vinyl records is an expensive labour of love in itself. This wonderful album was released in a limited edition field agent edition. 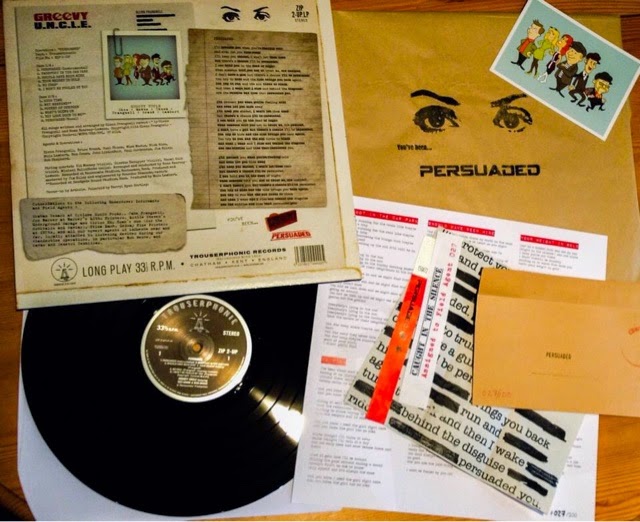