Last year’s “Ultra-LP” Lazaretto by Jack White featured a hologram angel on side 1 in the dead wax area (along with a whole heap of vinyl novelties). This is best viewed when the record is turning on the turntable, using a single point light source like an LED torch.

In 1984, Liverpool band 3D, released their 2nd single “Nearer” with a limited edition having the B side replaced with a hologram of the band and song name. A sticker on the transparent sleeve proclaimed it as “The World’s First Holographic Single” The single got to a disappointing  102 on the BBC charts, followed by an even poorer third single, 3D were dropped by record company RAK soon afterwards. 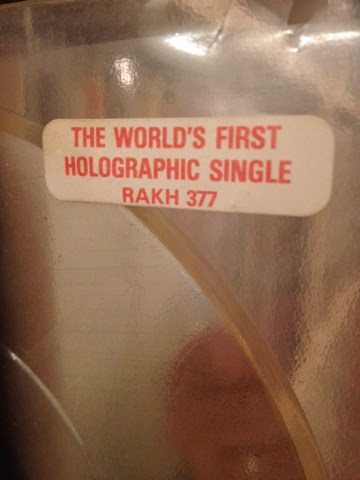