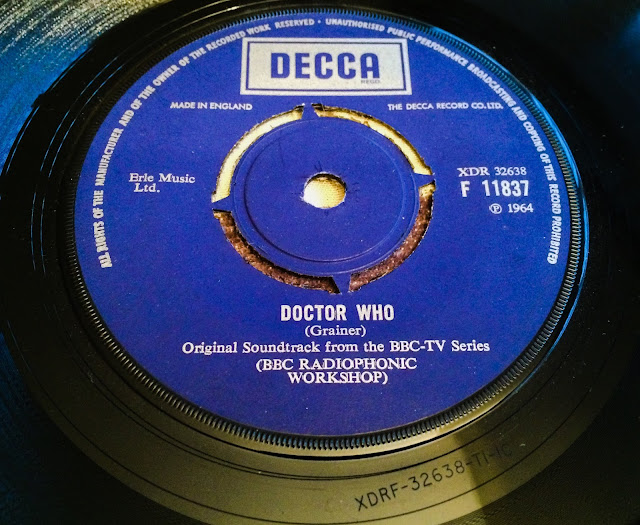 
My last blog entry (possibly the nerdiest on yet) focussed on the tape loops and sound manipulation of The Beatles Tomorrow Never Knows. However the manipulation of sound goes all the way back to the beginning of recorded music. Thomas Edison, the inventor of the phonograph, wrote in 1878 that when his cylinders were played backwards "the song is still melodious in many cases, and some of the strains are sweet and novel, but altogether different from the song reproduced in the right way". In the mid 1940’s Egyptian composer Halim El-Dabh used a wire recorder, reverb chambers and voltage control to produce his sound manipulated composition The Expression of Zaar. 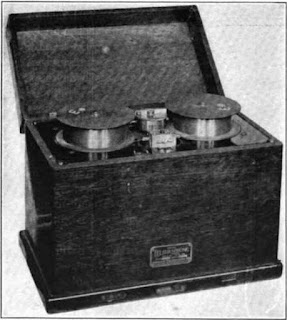 
Dr Who was originally intended as a time traveling show to shed light on historical events, something quickly usurped by the time of the second serial "The Daleks".  Using Musique Concrete techniques with Ron Grainer’s theme, Delia Derbyshire started work on recording the music for the new show.


First broadcast on the 23rd of November, Dr Who would become a global phenomenon that is still going strong today. The theme would be released as a mono single in Feb 1964 that failed to chart, however it is the use of sound manipulation and tape editing to create a melodic song that puts this single years ahead of its time. My version is a later one (1972), the original being on an unboxed Decca label; my later reissue is still the original mono mix that was submitted by Delia Derbyshire for the show. The version aired on the first episode was a slightly changed version to fit in with the graphics. 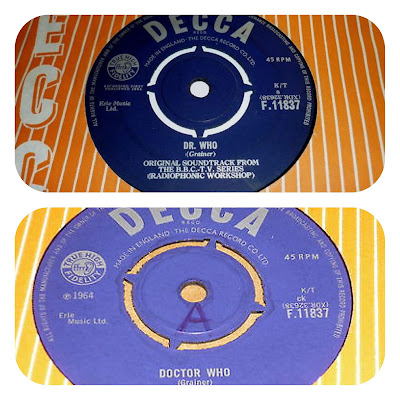 Original Decca releases with both label variations - Dr & Doctor Who

The BBC Radiophonic Workshop was formed in the late 1950's, primarily to create sound effects and later theme tunes and incidental music for radio and TV. Shortly before Dr Who, Ron Grainer had worked with the Radiophonic Workshop for a BBC documentary "Giants Of Steam", the music of which would be released on a Decca EP of the same name in 1963. The Radiophonic Workshop would inspire musicians for decades to come, Pink Floyd visited the Workshop studio in 1967 and albums like Dark Side Of The Moon would embrace many of the tape techniques used by the team. 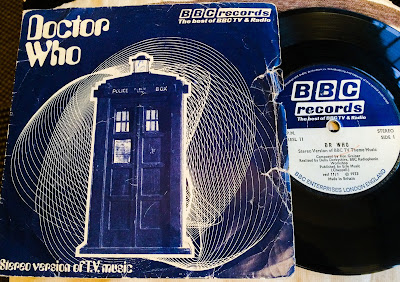 The fake stereo version - 1973
In 1973 the Dr Who single was reissued with the fake stereo treatment, along with some extra sonic embellishments. A new version was made in 1980 with synthesizers in real time, compared to the original 64 version it’s a vile stain on the TARDIS floor.  For those with some time on your hands, here’s a journey through the 50 years of Dr Who themes.

For my money I believe that the original theme has never been bettered. It's difficult to imagine just how strange the original theme must have sounded coming through the TV, the chart hits of November 1963 "You'll Never Walk Alone" by Gerry & The Pacemakers and "Be My Baby" by The Ronettes must have made it sound like something from a distant time. Given that real-time instruments that were capable of recreating this theme were over 20 years away made that a correct assumption. Add in the general feeling of public unease just a day after the assassination of President JF Kennedy and it's no wonder people wrote in to the BBC to complain that the theme scared their children. When it comes to feedback it doesn't get any better than that. 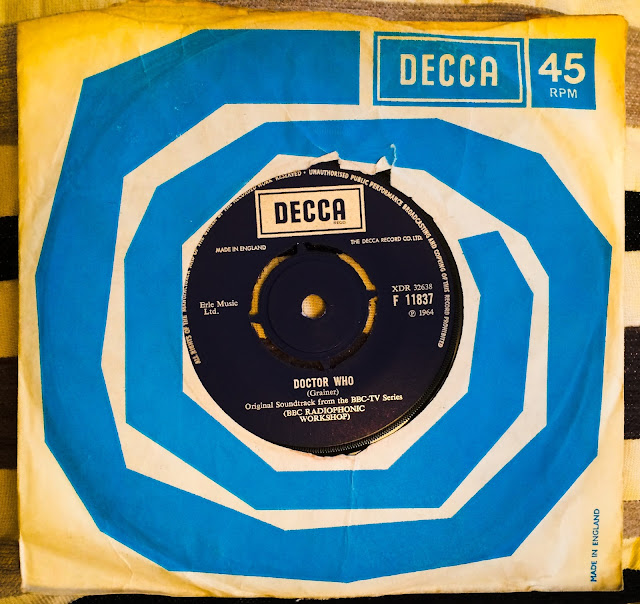 My version from 1972 that has the original mono mix