The Price Of Mono ~ The Zombies Odyssey & Oracle 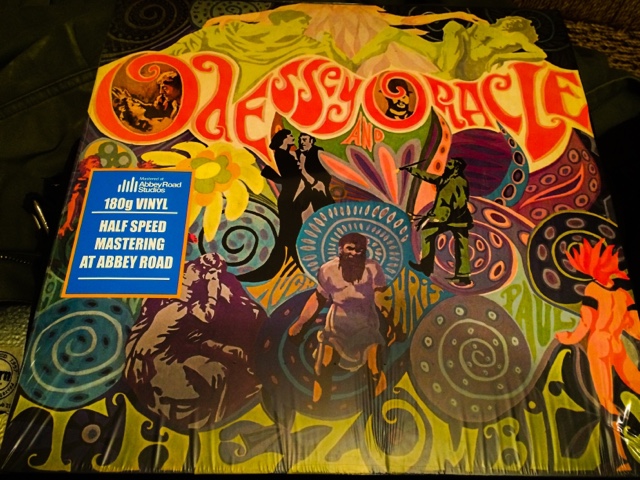 The Price Of Mono – The Zombies Odyssey & Oracle

Several recent discussions with people about the price of late sixties mono pressings has prompted this blog entry, along with the welcome mono re- release of The Zombies classic, Odyssey & Oracle.

A proper mono mix starts at the recording stage, for instance using different microphones on each guitar amp will help differentiate them in the final mix. I’ve been reading about mono mixing at Abbey Road studios in the sixties. Studio 2 was fitted out with two Altec monitors for most of the decade but the mono mixes were made using  the right hand speaker only. Having just recently recorded some demos I decided to see if this made a difference and boy was it easier to get a clearer more defined balance through a single monitor.

One of the albums in question was Cream’s second album Disraeli Gears, a first pressing will set you back £50-plus for a decent copy and has a dedicated mono mix, whilst their third album Wheels Of Fire has mainly fold down mixes on the mono version. A fold down is simply taking both the left and right channels and combining them into a single channel which can lead to some of the instrumentation being sonically buried. 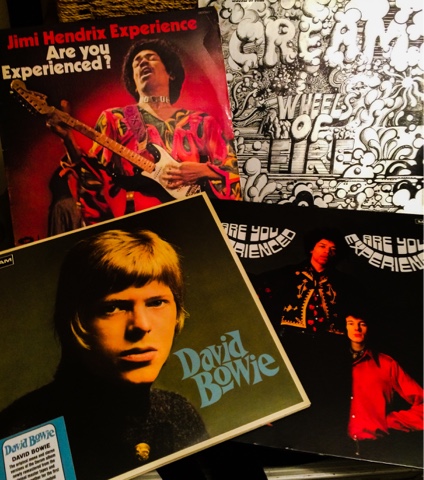 The Doors first two albums have dedicated mono mixes, however if you can track one down in decent condition it’s going to burn a hole in your paypal account, fortunately both of these have been subsequently re-issued and sound phenomenal. It’s not all good news on the re-issue front though, Jimi Hendrix’s debut Are You Experienced? Sony Legacy Mono  version uses what are clearly damaged master tapes, Red House and Fire in particular sound awful. The original Track records version will set you back £60-plus for a decent version, however you will be much better off with the superior French Barclay version, early pressings are £40-plus. I have an early seventies pressing which sounds excellent that can be had from £30-plus.

David Bowie’s debut album is an excellent example of what happens when a flop is made by subsequent super star. The Dame’s brilliant debut LP has sold for over £900 on eBay in its mono format, luckily several years ago it was re-released as a double disc set and for the first time I heard the far superior mono version, like Sgt Pepper which was also released on the same day, you could hear which version had the effort spent on it.

Another debut from 67 is Pink Floyd’s The Piper At The Gates Of Dawn, someone on discogs has a mono copy for over £4000, please do NOT buy this. A still jaw aghast sum of two to three hundred pounds is required to get a decent copy of this, along with even the seventies stereo versions going for three figure sums, add in a glut of unofficial releases quite possibly sourced from CD means that this record is crying out for a vinyl re-issue in both Stereo & Mono. 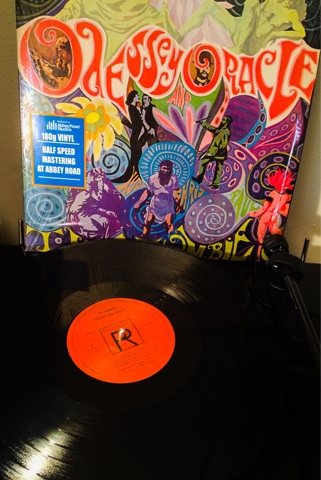 So the arrival of The Zombies Odyssey & Oracle in its Mono format is a welcome alternative to paying the £300-plus for an original pressing. Recorded at Abbey Road & Olympic it was only when the mono master was given to CBS that The Zombies were informed that a stereo mix was also required. By the time the stereo and fake stereo mix were completed (the horn parts on This Will Be Our Year had been recorded directly onto the Mono master tapes) the band had split. As opposed to the rather tinny digital stereo mixes, this version sounds incredible, warm and balanced this is THE version of one of my favourite albums. 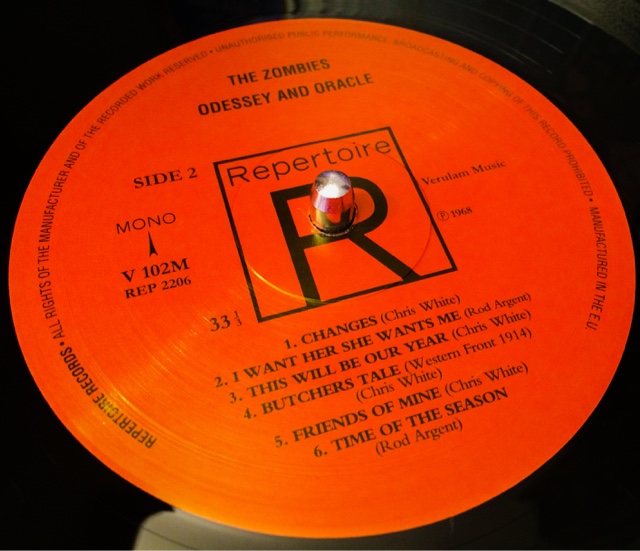 This re-issue has been half-speed mastered at Abbey Road  and in my view the finest bit of LP re-issuing since The Beatles mono box set. 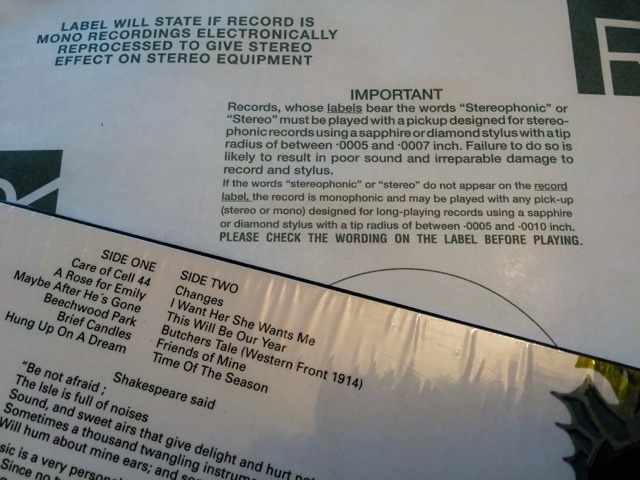 Addendum - I've just re-read this and realised I've used the possibly correct spelling of Odyssey, although officially this record is called Odessey & Oracle. I'm not sure why this spelling was used but hey, you know what I mean...
Posted by Unknown at 07:05