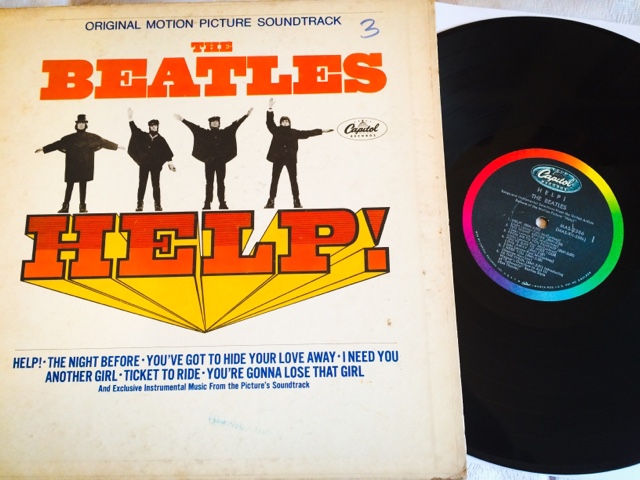 Fifty years ago today, the USA had their first taste of Help!

Released on the 13th of August; a week after the UK LP, Capitol released their version using songs from the film (side one of the UK album) interspersed with orchestral scores in the same way that United Artists had done in the “A Hard Day’s Night” North American version. This time the scores were composed and conducted by Ken Thorne, Richard Lester’s composer of choice.

EMI made tape copies of their masters which were given to Capitol, they then re-mastered these for an “American” audience. (See my last blog “Help Is 50” to hear how bad this got). Capitol released Help! in Mono and  Stereo for this release, the mono sounds like a “fold down” of the stereo to me, certainly comparing it to the UK Mono mix it’s a different version. However, Capitol didn’t have a stereo master for “Ticket To Ride” so they created a duo-phonic stereo version for this release. This was achieved by splitting the mono signal into two paths (left & right) and passing one through a delay and/or tone filters to create a stereo effect.

Exactly what an American audience thought when they heard an Indian version of A Hard Day’s Night is hard to say, however its influence on George Harrison and the Beatles would become evident over the next few years.

To hear this version now, you either need to get hold of a US version of the Help LP on Capitol or Apple, or to get hold of the Capitol Albums Volume 2 on CD (2006). The 2014 US Help CD re-issue, whilst using the original track listing and soundtrack songs are sourced from the 87 remix/2009 remasters. Both these CDs have the mono & stereo versions.

As for the UK’s side two songs, these ended up on other Capitol albums.

Over a month earlier (the 10th of July to be exact) the Beatles VI contained “You Like Me Too Much", "Tell Me What You See", and "Dizzy Miss Lizzy". The US Rubber Soul would be released with “I've Just Seen A Face" and "It's Only Love"while the infamous “Butcher” album Yesterday & Today had "Yesterday" and "Act Naturally". 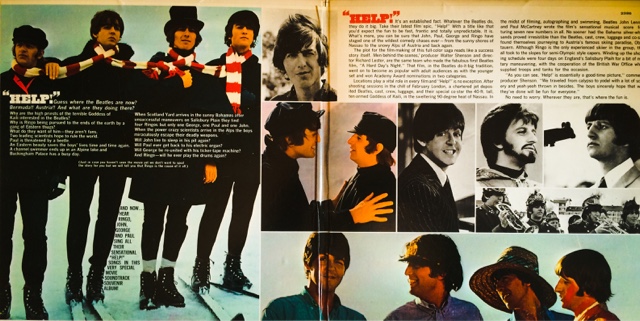 The extra dollar for a fancy gatefold sleeve didn’t put the American audience off either, by the end of the year Capitol had shifted over 1.3 million copies of this album.

Apparently United Artists (who had released the Hard Day’s Night soundtrack in the US) weren’t too happy about missing out on this considerable slice of Beatle pie, so they approached George Martin; who didn’t hit it off with Richard Lester, to conduct a classical version of Help, cheekily using the working titles for three tracks on the finished album. Auntie Gin’s Theme (I’ve Just Seen A Face), That’s A Nice Hat (It’s Only Love) and Scrambled Egg (Yesterday). In 1973, when Pink Floyd were at Abbey Road recording the heartbeat for the end of the album, they were supposedly using the same tape that George Martin had used to record his classical version of Ticket To Ride on which some claim they can hear. I must listen closer next time I put this on… 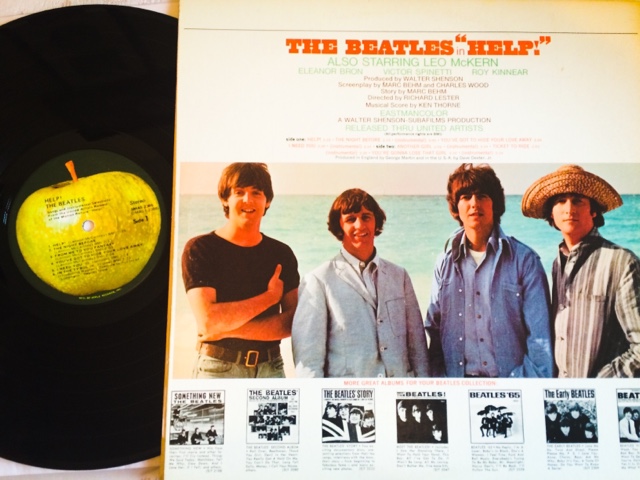