The Who ~ Track Record Box Set 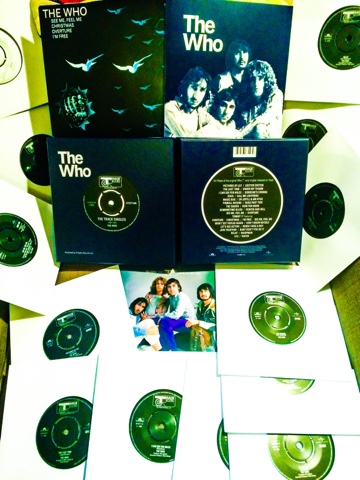 The Who – Track Singles Boxset

Part Three of the Who’s UK singles box sets (the final Polydor is due for release in May 2016) is the weightiest tome so far with fourteen singles and an EP, covering the Who’s single releases from 1967 to 1973.

I’ve seen some fresh backlash on this latest set, the main ones being “The Who were an albums band”, something this box set fiercely contradicts and “I bought them all the first time around.” I certainly share the regular hollow feeling of yet another Who re-issue program, but the first two sets, Brunswick & Reaction, more than redeem themselves by way of sounding so much better than the original single pressings. However, due to some excellent sounding versions on Meaty Beaty Big & Bouncy (MBBB) and The Rarities Albums one and two (R), this is going to be a tougher call. Using these aforementioned albums and the original 7” pressings it’s time so see if this 3rd half speed mastered at Abbey Road set is as essential a Who purchase as the first two sets. 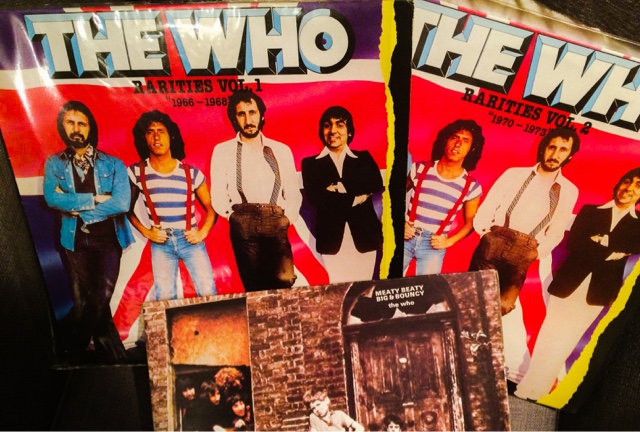 It comes neatly packaged with a booklet, with some informative and surprisingly fresh track notes written by Chris Charlesworth, who must have lost count of the amount of times he’s written about some of these songs. The reproduction of the singles is fairly accurate, most issued as they were with plain white bags, the two exceptions being Won’t Get Fooled Again & the Tommy EP that has their respective reproduction sleeves. The one thing they are all missing are their teeth, this is a serrated edge that goes around the outside of the label, intended for gripping with other singles when used on an automatic turntable, unfortunately pressing plants no longer offer this. They do have their cut outs which are fairly accurate, although many of the later singles were issued without these, often referred to as solid centres. 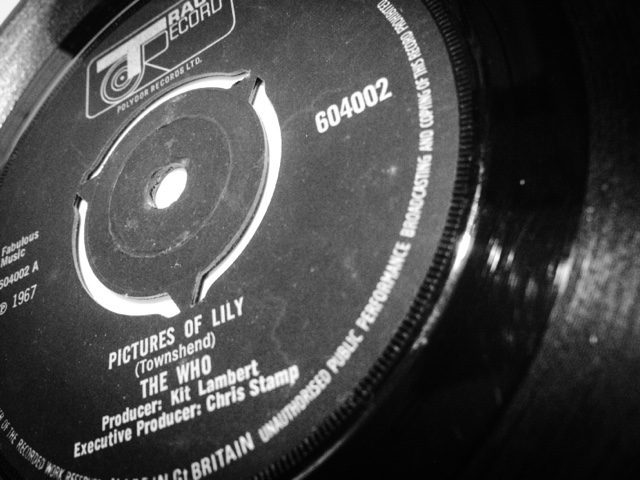 Pictures of Lily – Wow! A veil has been lifted. The bass and drums hit you with a force missing from the original & MBBB. Much more clarity and far better than any version I’ve ever listened to. The cut out on the original pressing was a three prong, as used by the Phillips plant it was pressed at.

Doctor Doctor – Again the best version I’ve ever heard, the drums sound like Moon is in your room.

The Last Time – This is the only single I don’t have an original 7” copy of, sometimes incorrectly identified as coming in a picture sleeve (these are actually various European versions) this plain bagged re-issue lacks the vibrancy of the version on Rarities.

Under My Thumb – This has turned up on CD several times with a work in progress mix, this is the original version which sounds fuller and superior to the one on Rarities.

I Can See For Miles – This is not the original UK mix version of the single. This is a huge disappointment as the original is so good as 7”mix, this one is based on the album version which is in itself a thoroughly fantastic mix and has been used on MBBB and every compilation since. Whether this is due to the original master not being available or just brain fade, it’s a major minus on this set.

Someone’s Coming – Like “Doctor Doctor”, Entwistle’s writing credit is spelled wrong again as per the original single pressings. This sounds much better than the original press and more rounded than the Rarities version. 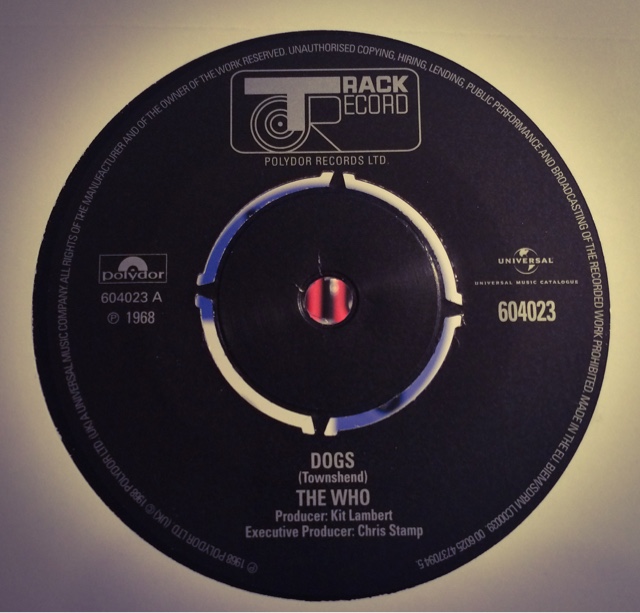 Dogs – Unlike the Stones, The Who never seemed to repeat themselves. This hilarious song with a stunning coda sounds so much warmer than the original but very similar to the excellent sounding one on Rarities.

Call Me Lightning – Whilst this does sound superior to the original & Rarities versions, I have a US Decca single version that wipes the floor with all of them.

Magic Bus – Surprisingly similar to the original UK pressing, although the stereo / longer version on MBBB sounds better. I call that one a tie.

Dr Jekyll & Mr Hyde – The best sounding version of this song I’ve ever heard. Miles better than the ordinal single version and far more presence than the Rarities version. This is the original UK mix rather than the “work in progress” US one.

Pinball Wizard – It’s easy to forget just how good this song is, the guitars and voices are stunning on this re-issue, be prepared to jump out of your seat when you hear the electric guitar come in. Much better than the original single.

Dogs Part 2 – For whatever reason I’ve got a Pinball Wizard label on this B side. If it’s a one off then it’s a unique collector’s item. If they are all like it it’s an embarrassing shambles. Sonically it has more bass clarity and sounds better than any other version.

Here For More – Better than the original but the version on Rarities gets the winners rosette.

Summertime Blues – This version is nowhere near as good as the original release. Another victim of the “Live At Leeds” noise reduction fiasco.

Heaven & Hell – Whilst this has more clarity than the previous versions, there is a “boxy” quality to this that smells of the same noise reduction heavy handedness that plagued the aforementioned Live At Leeds.

See Me Feel Me

Overture – Both sound so much better than the original withdrawn single and comparable to the versions on the recent Tommy LP re-issue.

I’m Free / See Me, Feel Me Originally issued as a 33rpm EP,this runs at 45rpm contradictory to all the disc labels that are reproduced. Whilst I appreciate keeping the EP’s cover art intact, with Universal emblazed upon the disc labels the correct speed would have been useful, or even a note in the booklet. 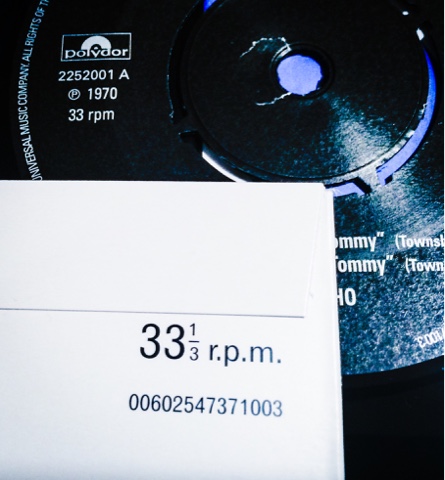 As always with EP’s there is a compromise in sound but these are pretty good although short of the quality on the re-issue Tommy long player.

Won’t Get Fooled Again – Whilst the single edit will always live in the long dark shadow of its album version, this is a much underrated single version all resplendent with its picture sleeve; indeed it is the first UK Who single to have one. The repro sleeve is cardboard though, which has a tendency to bow outwards letting the dust in, the original had a thick paper sleeve that clung to the record. I also prefer the sound of the original single release; it has much more presence and dynamics over the re-issue.

Don’t Know Myself – Very similar to the original release. Another draw.

Let’s See Action – To all those who view the 70’s Who as an albums band, the following three single only releases (at the time) show the bands commitment to 45rpm. This re-issue has more clarity than the original and certainly sounds more zesty than the rarities version.

When I Was A Boy – For a songwriter in his late twenties, this is a fine bit of worldly wise song writing from John, who despite still having his name spelt wrong in the credits is able to deliver this finely crafted lyric with a suitably yearning the years melody. This is the best sounding version I’ve ever heard.

Join Together – Better than the original but the Rarities version is by far the best one I’ve ever heard.

Baby Don’t Do It – Better than the original, very similar to Rarities, perhaps this re-issue beats it by a nose.

Relay – Often left out of compilations, this funky Who song sounds as good as I’ve ever heard it. 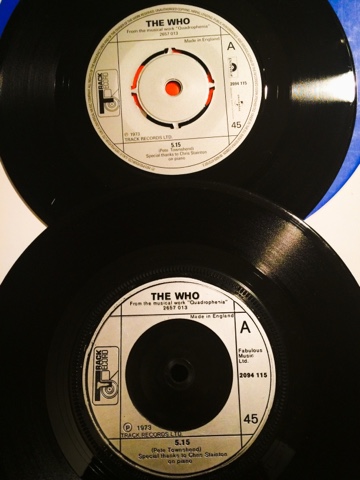 5:15 – This is NOT the same mix as the orginal 7” UK release, however this mix does sound a lot better with Rogers vocal not buried deep down a well. In terms of label reproduction this is an interesting one. The orginal 1973 disc had a plastic injection label that would soon become the standard for the remainder of the seventies and eighties. By the nineties the last record plant that used this process closed and it is now not possible to make these types of label. This version uses a silver paper label with a cut out.

Water – Time to close off this Track Marathon with one of my favourite Who B sides, I’m pleased to report that this is one of the best versions of the song I’ve heard.

So is this box set, like it’s forbearers an essential Who purchase?

I’m going to say it is essential, but only by the skin of its teeth.

With a couple of exceptions these singles sound superior to the orginal 7” 45’s, these are clean copies of songs that for the most part are not included or differ from the vinyl LP versions.

However, there are some silly lapses of quality control and a major selling point to Who fans – not including the orginal UK single mix of “I Can See For Miles” is a huge disappointment that could blow the deal for many.

These box sets were never intended for the casual or digital fan, they are however an essential part of The Who’s discography. If it seems a lot cash just to get hold of some B sides on vinyl you may be better trying to pick up clean / mint copies of The Who’s rarities albums. At around £20 for each one these are the best budget alternative.

Singles were a crucial part of the Who’s legacy, and without spending hundreds on mint singles that even then, wont sound as good as these (with the above noted exceptions) this box set’s value starts to make more sense. If you are serious about The Who on vinyl, despite its faults you will want and enjoy this great collection. 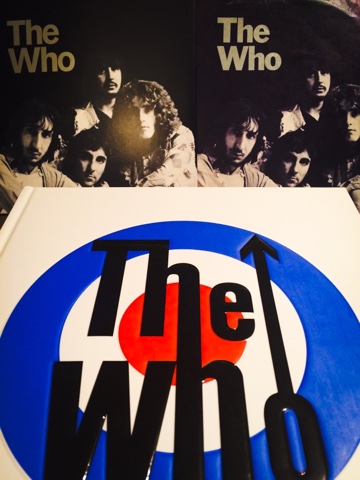 Email ThisBlogThis!Share to TwitterShare to FacebookShare to Pinterest
Labels: The Who track singles boxset vinyl records